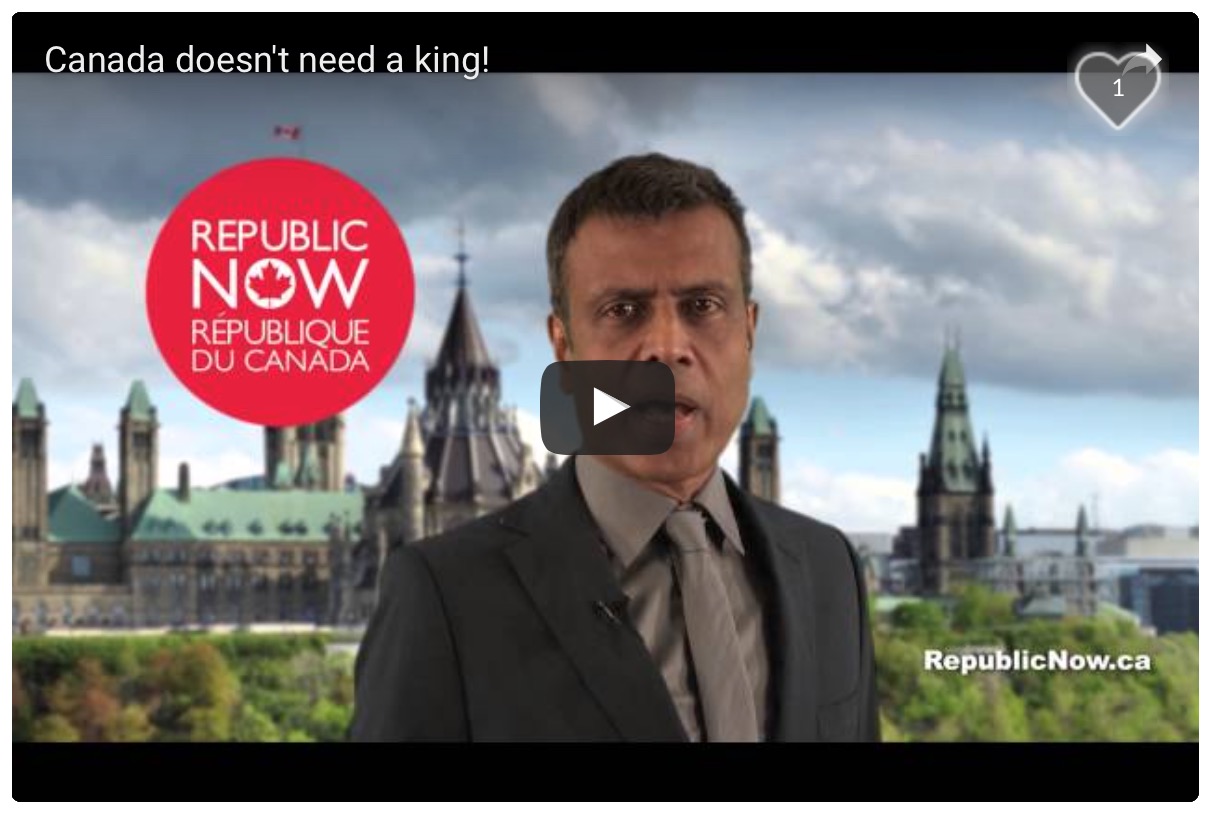 May 18, 2016 –Toronto   As Victoria Day approaches, Republic Now announces an ad campaign to help ensure Elizabeth II is the last British monarch to reign over Canada. Republic Now plans to take out ads on public transit that challenge Canada’s habit of plagiarizing Britain’s head of state. It’s the first ad campaign to ever do so, and is supported by an online grassroots effort through GoFundMe.com.

Victoria Day is officially the birthday of Canada’s current British monarch. Republic Now proposes a Canadian be Canada’s head of state, a sentiment most Canadians agree with, and is taking that message to the streets.

“Canada doesn’t need a king” is the message set to appear on buses in Toronto and Ottawa, tapping in to a feeling in this country that it’s time we had our own democratically chosen head of state–someone who lives here and shares our citizenship. The line appears next to a mock-up of a $20 bill featuring the heir to the throne, Charles, the Prince of Wales.

“Canada is an independent, democratic nation,” says Republic Now director Ashok Charles, “But our highest office symbolizes just the opposite — it’s not Canadian and it’s inherited by birthright. Our new campaign highlights the need to change that.”

Fittingly, the effort is being funded at the grassroots by public donations through GoFundMe.com, a crowdsourcing website. The campaign’s goal of $20,000 will pay for the transit ads. After being launched just last week, gifts have reached more than $3,300 as of this writing. (For updated figures and to donate, see:  https://www.gofundme.com/nokingofcanada)

“Canada is on the eve of celebrating its 150th year,” notes Ashok Charles. “And with the queen now in her 90s, the time is ripe to Canadianize our highest office. We deserve our own head of state, not another British king or queen.”

The aims of the campaign are: (i) to raise the profile of this issue and catalyze what most Canadians already believe into political action; (ii) to prompt Ottawa to look at ways to Canadianize our head of state; and (iii) to make folks aware that Republic Now is focused on working toward this goal.

Become part of this groundbreaking new campaign–the first to assert our nation’s independence from overseas monarchy! Give what you can to this patriotic effort. Even $10 makes a difference and adds to the growing number of supporters. Perhaps you’re able to match those who’ve given $500 and more. You’re generosity will get the country talking…and Ottawa listening.

We’re thrilled to be taking this step forward in giving Canada its own head of state. Join us on the right side of history by contributing to this campaign now and sharing it on your social networks: https://www.gofundme.com/nokingofcanada

2 thoughts on “Republic Now ad campaign is a first, and a grassroots push”