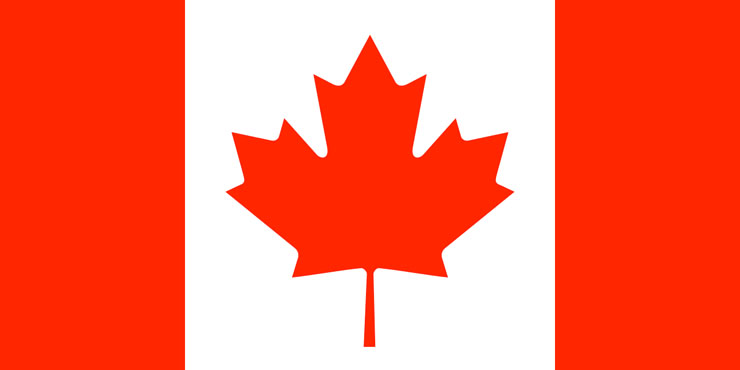 The ultimately successful birth of the flag in the 1960s had some precedents in the 1940s and even the 1920s. And in his excellent Canadian flag history the meteorology professor emeritus from beautiful BC, Alistair B. Fraser, notes that “the Maple Leaf” was recommended as “pre-eminently the proper badge to appear on our flag” in the 1890s!

These early rumblings suggest how long ago it was widely enough recognized that the old British North American red ensign, with a Union Jack in the top left-hand corner, was only a halfway house on what the constitutional law professor Brian Slattery has called “the long process of decolonization that Canada has undergone since 1867.”

But no efforts to establish an independent Canadian flag succeeded until the 1960s.

1. The long journey to an independent flag in Canada

It has been said that the Great Canadian Flag Debate of 1964 in our elected parliament at Ottawa had its particular origins in the prize-winning efforts of Canada’s then external affairs minister, Lester Pearson, to help broker a solution to the Suez Crisis of 1956 that featured a United Nations peace-keeping force.

The new Egyptian president Gamal Abdel Nasser did not want Canadian troops in this force, because the Union Jack on Canada’s flag implied it was still a part of Britain. And Britain was a party to the dispute about the Suez Canal at the centre of the crisis.

Pearson’s growing conviction that what Canada had become by the 1950s needed a flag which showed it was an independent country in its own right was nudged along by a 1958 opinion poll. This suggested that more than 80% of Canadians “wanted a national flag entirely different than that of any other nation” and 60% “wanted their flag to bear the maple leaf.”

In the wake of the poll grass-roots groups like the Native Sons of Canada expanded a popular campaign for an independent Canadian flag that had been ebbing and flowing for several decades.

Lester Pearson had also been elected leader of the Liberal Party of Canada in 1958 … In January 1960 when he was Leader of the Opposition he invited the government of John Diefenbaker to solve “the flag problem.” Prime Minister Diefenbaker was not interested. But when Pearson’s Liberal party finally won its own 128-seat minority government in 1963 (supported when a 133-seat majority was needed by 17 New Democrat MPs under Tommy Douglas) the stage was set for someone who was very interested — and would finally get the job done.

In the campaign for the April 8, 1963 federal election the Pearson Liberals had promised “60 Days of Decision” on such key issues as health care, a public pension plan, and a new Canadian flag. Or, more exactly, in the words of flag historian Fraser: “Pearson had promised that Canada would have a national flag within two years of his election, in plenty of time for the 1967 centennial of Confederation.”

Even before the election Lester Pearson had asked John Matheson, an interested Liberal MP from Eastern Ontario, to look into the flag problem in depth.

As Alistair Fraser has explained, when an all-party parliamentary flag committee was finally formed on September 10, 1964 : “John Matheson realized that if the committee were ever to produce a good flag, he would have to choose it himself, and then manoeuvre the committee into supporting it. For anyone as familiar as he was with the history of Canada’s very long and factious flag controversy, this was a daunting prospect.”

At the same time, the Canadian maple leaf flag we have today is not the one initially preferred by either Mr. Matheson or Prime Minister Pearson. And it is a virtue of Professor Fraser’s flag history that it shows how the assorted back-door machinations and bursts of skilled political engineering in the fateful year of 1964 drew on decades of popular Canadian flag debate.

This included the work of two failed previous federal government committees — one in 1925 and one in 1946. (And the 1946 committee had examined 2,695 flag designs submitted by so-called “regular Canadians”).

It also included intermittent campaigns from the 1930s on by such grass-roots organizations as the Ligue du Drapeau National and the Native Sons of Canada. Finally, there was another ultimately more successful parliamentary committee in the fall of 1964.(This 1964 committee received flag designs from 3,541 regular Canadians : 2,136 of these proposed designs contained maple leaves ; only 408 included old British Union Jacks.)

In the very end the more I read flag historian Alistair B. Fraser’s excellent Canadian flag history (or to be more exact, Chapter V — “A Canadian Flag for Canada” — of his online book of 1998,  The Flags of Canada), the more I realize that its various subtle messages for how to get big symbolic things done in Canada cannot be effectively summarized in any short space. All I can do here is encourage interested readers to read Mr. Fraser for themselves.

2. Lessons from the flag debate for the coming struggle over an independent head of state

I think reading Alistair Fraser’s flag history could be an especially useful activity for Canadian republicans in the earlier 21st century.

Earlier this year the former Toronto City Councilor and 1960s Liberal flag activist Tony O’Donohue recalled his experience then — and how it relates to his Canadian republican activism today : “The group that I was involved with saw the flag as one of the first steps in decolonization and becoming a real sovereign state. The next step to nationhood was having our own distinct Canadian head of state, chosen by Canadians — not some off-shore royal, whose first allegiance was not to Canada, but to Britain.”

On June 15, 1964, Lester Pearson, in Mr. Fraser’s words once again, “opened the Great Flag Debate, with extensive historical information, but a very simple message: the flag he sought would be ‘exclusively Canadian,’ and would ‘say proudly to the world and to the future: “I stand for Canada”’.”

If you believe that finally arriving at a head of state who will be “exclusively Canadian” and “say proudly to the world and to the future: ‘I stand for Canada’” has a lot in common with finally arriving at a Canadian flag that fulfils similar objectives, then the story of how we won an independent flag of our own in Canada is filled with at least suggestions about the struggle for an independent head of state of our own that still lies ahead.

If I had to guess very realistically right now myself, for what it may or may not be worth, I’d say that at this moment our Canadian republican struggle for an independent head of state is more or less where the struggle for the Canadian flag was in the 1930s.

Nowadays, however, events often seem to move faster than they used to. What once took a decade can happen in as little as a few years. My guess about the 1930s may be quite wrong. We Canadian republicans could already be at the edge of the 1960s ourselves, so to speak — and much closer to our democratically selected independent Canadian head of state .

As our Republic Now executive director keeps wisely reminding us as well, there is some urgency to our current situation. We need a plan for avoiding the fate of a Charles III as King of Canada — which hardly anyone wants but may nonetheless be all too quickly thrust upon us.

Anyway, when the deed was finally done and all the ‘t’s crossed and all the ‘i’s dotted, Lester Pearson also made some remarks “on the inauguration of the national flag of Canada, February 15, 1965.”

He concluded with : “We salute the future, but we honour the past on which the future rests … As the symbol of a new chapter in our national story, our Maple Leaf Flag will become a symbol of that unity in our country without which one cannot grow in strength and purpose … Under this Flag may our youth find new inspiration for loyalty to Canada; for a patriotism based not on any mean or narrow nationalism, but on the deep and equal pride that all Canadians will feel for every part of this good land.”

All these things are worth bearing in mind, as we celebrate the 50th anniversary of our independent Canadian flag on Sunday, February 15, 2015. At some point further down the road Canadians will also be celebrating the 50th anniversary of our independent, democratically selected Canadian head of state. And Brian Slattery’s“ long process of decolonization that Canada has undergone since 1867” will have finally come to an absolute end, at last.

AUTHOR’S NOTE : I am indebted to RN/RC Secretary-Treasurer Ron Berdusco, who read an earlier draft of this material and spotted an especially egregious error — only excusable in an especially aging author.