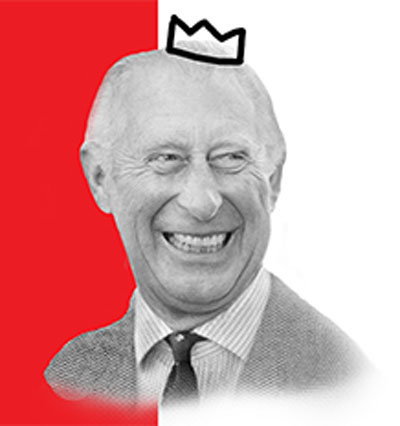 The Queen is 94 years old. As things stand, when she dies, Parliament will proclaim her son “King of Canada” and make him our head of state.

The importing of another offshore head of state is inappropriate and unacceptable!

1) The practice of filling an important government post on the basis of hereditary succession in incompatible with the democratic and egalitarian values Canadians have embraced and which are enshrined in our Charter of Rights and Freedoms.

3) Prince Charles does not command the degree of respect among Canadians which would justify automatically granting him our highest office. A 2016 Forum Research Poll revealed that most Canadians (54%) do not want him to be our next head of state.

We have another step to take to achieve full nationhood- instituting an office of head which is filled and administered internally and independently. Republic Now urges the federal government to begin the process of patriating our highest executive office. Deliberations on this matter should include public consultation, the advice of constitutional experts and the input of qualified parties.

We concur with James Cox, former Canadian Brigadier-General, with a PhD. in War Studies, who recommended, “Queen Elizabeth II should be the last Queen of Canada. Canadians cannot avoid discussion about what comes next. The idea that another member of the British royal family should become the Canadian head of state is preposterous, offends our dignity and denies diversity. Canada should abolish the monarchy and become a parliamentary republic.”

Proclaiming Charles Windsor as our next head of state would be an abdication of our government’s duty to Canadians. Its time to reform our office of head of state to best serve our interests and reflect our values!